Why You Need Sous Vide

It’s a bit tough to describe the ChefSteps Joule and sous vide. What if you could cook large pieces of meat without ever turning on your oven or frying a thing? Or what if you could just drop a tough cut of pork shoulder into a bag, dump it into water, flip a switch on the ChefSteps Joule and have your guests marvelling at the taste and texture of your food just a few hours later?

As you can see from this Google Trends graph, sous vide has substantially gained in popularity over the last few years.

Sous vide has been hiding in fine restaurant kitchens for decades. In fact, scientific gastronomists (chefs that use science to cook) have been playing with sous vide since the 70’s.

The sous vide technique calls for positioning your food into plastic bags (generally Ziplock or vacuum bags) and placing them in a constant temperature immersion bath for 1 to 8 hours (or even longer in some cases).

The result is meat, fish, vegetables and fruit that is cooked evenly throughout. The outside and the inside of the food are cooked to exactly the same texture. It sounds simple but it makes for really original food that people love. 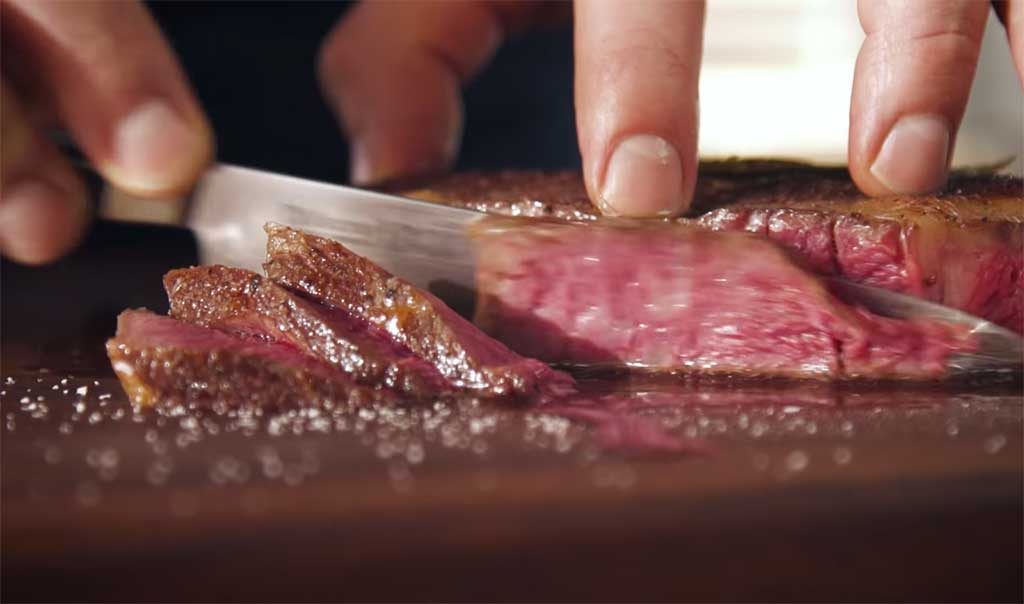 If you’re family doesn’t love you for serving sous vide steak that looks like this, you might want to start shopping for a new family.

About the ChefSteps Joule

The ChefSteps Joule is an 11-inch high device that weighs only 1.3 pounds. Keep in mind that up until a few years ago, a Sous Vide looked like this:

The Joule comes in two colors – white or stainless steel and really it looks a lot like an immersion stick blenders. Like an immersion blender, there is even a cord coming out of the end. Note that due to the power requirements of this device (it’s a heater after all), you require a three prong outlet which is pretty standard in modern kitchens.

The Joule is advertised as the smallest, most powerful home sous vide available. 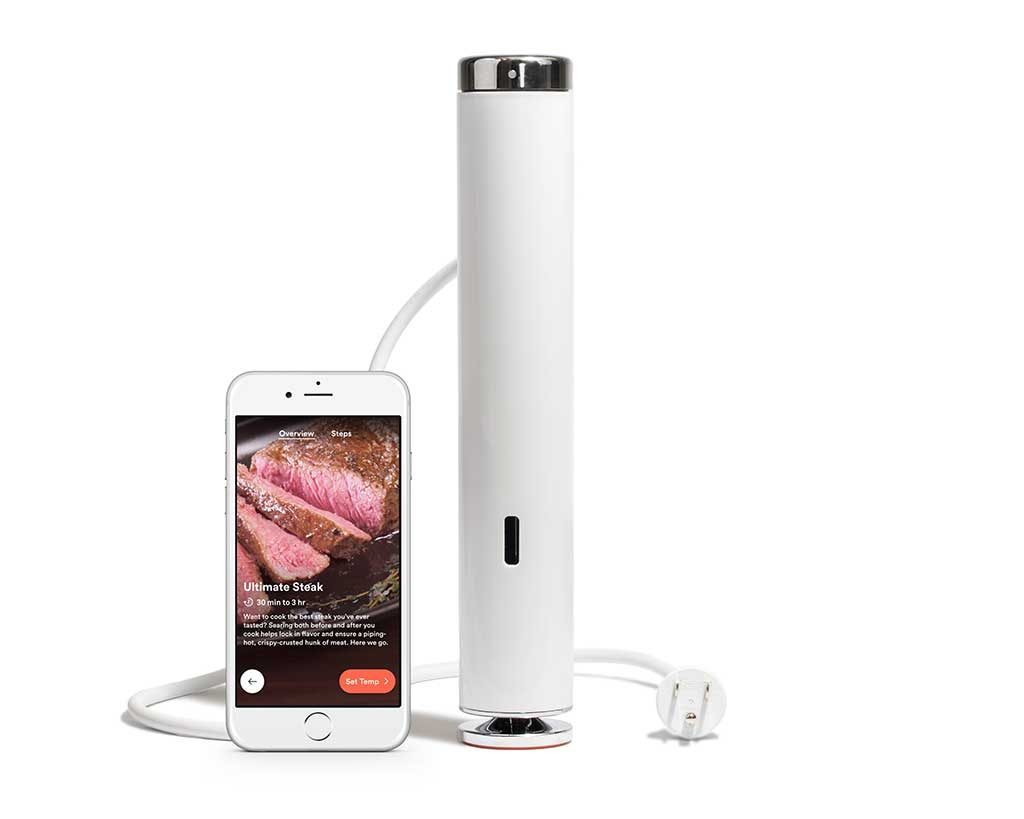 The Chefsteps Joule and it’s app.

How Does the ChefSteps Joule CS1001 Work?

The ChefSteps Joule requires you to fill a pot of water. To hold the device in the pot, it uses a clip to attach to the side of the pot and a magnet to hold it to the bottom. The Joule circulates the water through the 1100 volt immersion circulator and heats the water to a consistent temperature (precise to 0.2F / 0.1C degrees).

The Joule is controlled by the free ChefSteps app using an Android or an iOS device. Once the Joule is connected, it’s just a few taps on your device to set the time and the temperature. You can use Ziploc freezer bags. Typically sous vide requires vacuum seal bags, but they’re not necessary for great results.

Chefsteps Joule easily fits in a drawer. It also has an app.

ChefSteps was founded by Chris Young who co-authored the seminal book series Modernist Cuisine: The Art and Science of Cooking with Nathan Myhrvold (who was also Microsoft’s CTO). As an aside, if you’re into cooking food, you need to at least read the Amazon page for this book. It’s 2,438 pages of the history and science of cooking.

Chris Young also worked as the head of Research and Development at Henry Blumenthal’s Fat Duck restaurant; a title which alone should impress the foodies. And if you’re shopping for a sous vide, it might be time to admit that you’re a foodie. 🙂

ChefSteps was started as a way to serve the Chef and foodie community with sensible gadgets and incredible content. Young is a Seattle guy and ChefSteps has been funded and befriended by Microsoft and former Microsoft executives. 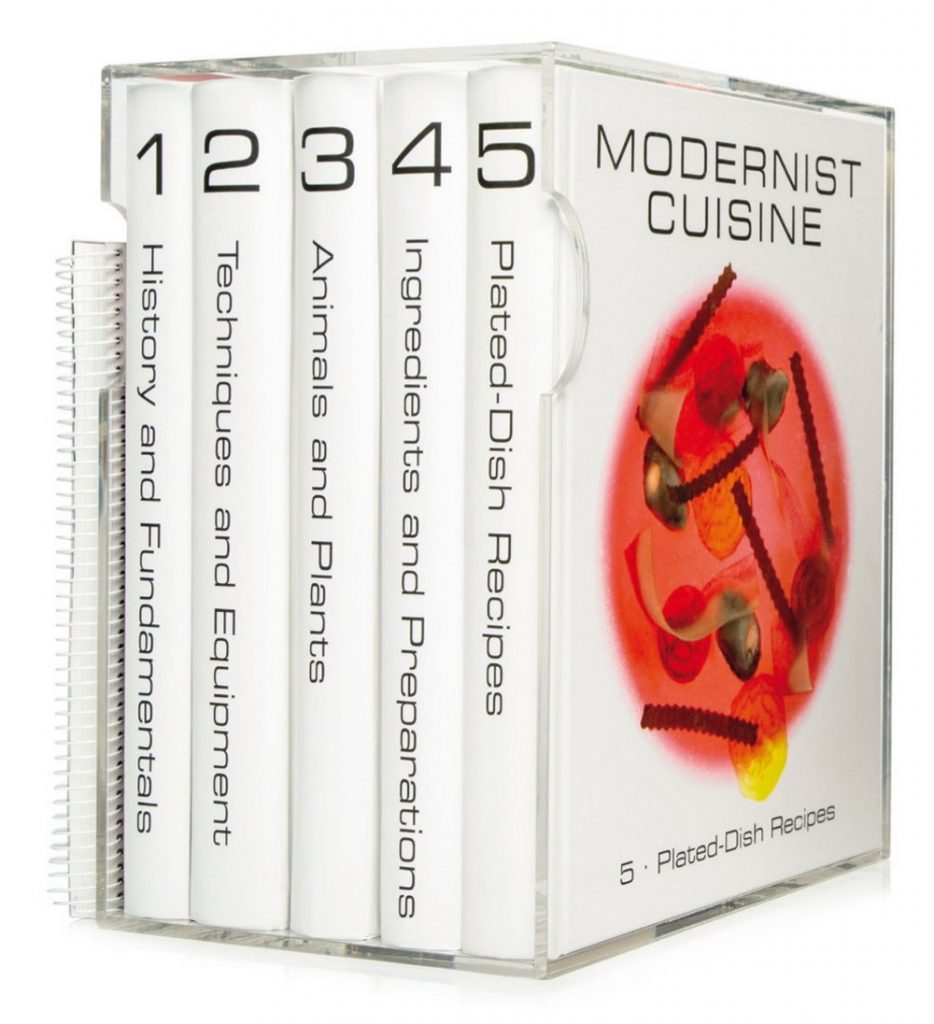 Chris Young, the founder of ChefSteps helped write some of the 2,438 pages that make up this modern cuisine classic.

In short, the founder of ChefSteps has serious cooking chops, quite literally wrote the book on the science of cooking and has very smart people behind him.

If you have some time and are interested in fine dining at home, check out the ChefSteps website. It has amazing photography, great recipes and incredible examples of what can be done with sous vide. The only products that they sell are meats shipped to you frozen, some “premium” content and a ceramic knife sharpening kit. You can bet that they’re focused on the selling sous vides.

There are really two arguments here on why you would buy a Joule.

First you have to be sold on sous vide. Sous vide is great for a few reasons:

Once you’re sold on sous vide (if you’ve read this far, I’m going to assume that you are), you have to decide if the ChefSteps CS10001 Joule Sous Vide is the right sous vide for your needs.

Straight up, the Joule is the best sous vide on the market if you’re looking for accuracy and power in a compact design. It’s currently the only sous vide that fits in a drawer, which means that you’ll use it more than one that you have to store in your appliance cupboard. 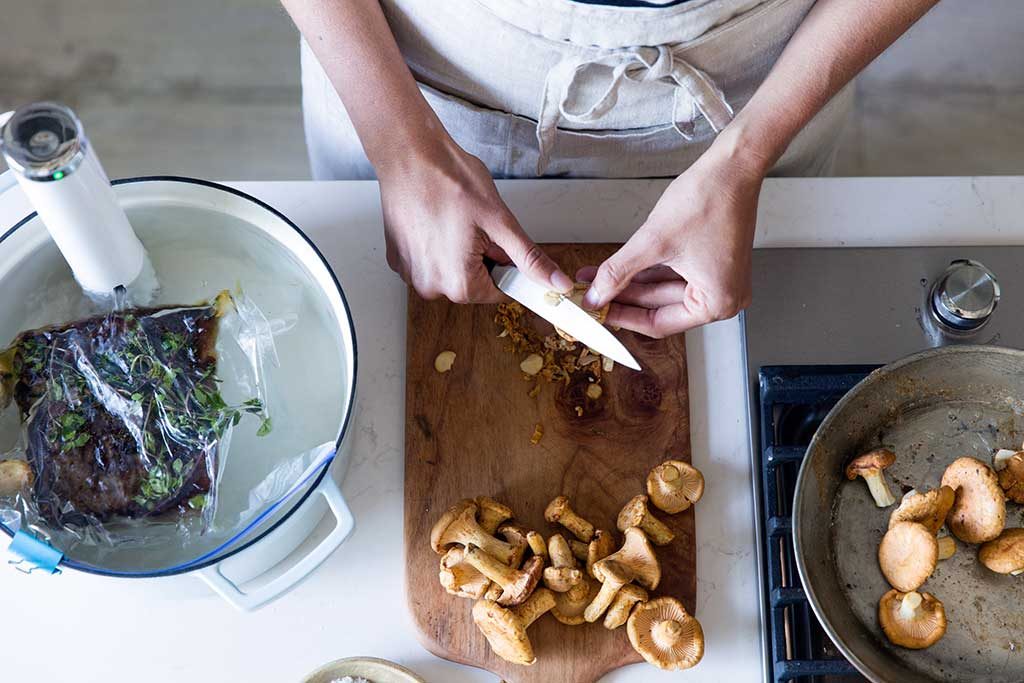 Chefsteps Joule is amazing, but it doesn’t chop vegetables. And that’s ok.

The Joule is a nicely designed product. From a design perspective, it’s as good as any Apple product. But like Apple products, it has it’s detractors.

Sometimes features can be advantages to some and disadvantages to others. The Joule needs an app to run, which means that you need a device just to start it. That’s great for a lot of people but a barrier to entry for others. Personally, I like that because I can check the temperature and time anywhere I go (even if I leave my house for a bottle of wine or something).

But my mom… that’s not going to go well. I would get phone calls. For her, I’d look at the ChefSteps Joule vs. the Anova or one of the other sous vide machines that don’t require an app to work.

Which brings us the alternatives to the ChefSteps Joule.

The Anova is the closest competitor to the Joule in this category. It’s also the most like the ChefSteps Joule (although admittedly, there isn’t a huge differentiation in product within this category).

The advantage of the Anova over the Joule is that you can use it without an app. It has an app, just like the Joule. It also has a display so you can set it up and get it running without ever opening your device. It’s also about 2/3 of the price of the ChefSteps’ version (although the Wifi Anova is just a little bit cheaper than the Joule).

It’s a good option if you don’t want to deal with a device, have the room to keep it in a cupboard

Nomiku ran a successful Kickstarter campaign (1,880 people pledged $586,061) to launch their sous vide machine. It has some big marketing behind it. Nomiku grabbed celebrity chef Chris Cosentino to endorse their product. They built a beautiful app full of recipes, called Tender. They were the Shark Tank sous vide.

The result is a beautiful unit, just like the Joule and the Anova. But it’s pricey. In fact, it’s almost twice the price as the others.

If the price drops consider it because it’s good. If it’s still twice the price of the Anova or the ChefSteps Joule, move on to one of them.

The only bad thing that anyone could say about it is that it some units were a bit noisy but we didn’t hear that ourselves.

The Sansaire Sous Vide Immersion Circulator 110V is a nice looking unit. It kind of looks like a giant, modern pepper grinder that clips to the side of a pan.

There aren’t a lot of features to the Sansaire. There’s no timer or app. Just temperature. That may be a disadvantage to some and an advantage to others (it’s the philosophical opposite to the Joule).

This unit would probably be best for the technologically challenged cook or the a chef that knows exactly what they’re doing and wants to pull it out, whip it in a pan and move on.

Out of all of the sous vides that we would consider owning, the Sous Smart is really interesting, primarily due to price.

There are some minor downsides to it. The instructions can be confusing. You always have to set a time, which is a bit strange. It’s not quite as precise as the others (but still very precise). The SSV2700 cannot be calibrated, so you have to depend on the calibration from the factory.

To turn the unit off, you have to pull it out from the wall – there’s no power button. None of these factors are really deal-breakers if you just want to get cooking, but they’re worth noting.

It still has a 4.7 rating on Amazon, so people love it. We think we know why.

Because there is one massive upside to the Sous Smart. It’s cheap. You can get sous vide in your home for less than $70. That’s a really good deal.

This 1200 watt machine is powerful and priced in the mid range.

Like the Sous Smart, this one is really easy to use and offers a no frills experience. Some people have a problem with the buttons being too finicky, but that’s not a big deal since you only have to set it once.

It works well and we’d recommend buying it if the Sous Smart is just too cheap for you or you get a good deal on this one. 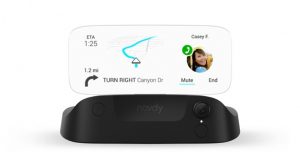 Let’s face it — not only is texting and driving at the same time dangerous, it’s illegal in most places. It’s harsh, but if you’re using phone while you’re driving cars, you’re putting yourself and everyone else on the road at risk. But we all do it or are at least tempted to check our […]